Karl Lagerfeld is Stalking Me!

Not Karl Lagerfeld himself, but his image. I like fashion but not in an obsessive way. Don’t read fashion news. Don’t have any of his pieces. Haven’t seen or thought about him lately… ever.

Karl Lagerfeld: How dare you show up in my dreams not to dress me?

It started when He showed up in my dream for several nights. He was there with two handsome assistants, but he wasn’t there to dress me! What’s the point of Karl dream-bombing me if it is not to dress me? I can’t recall enough to know for sure.

Then, He was in the news. I didn’t bother to read why. Just noticed him in a photo of a sea of women, like finding Waldo. 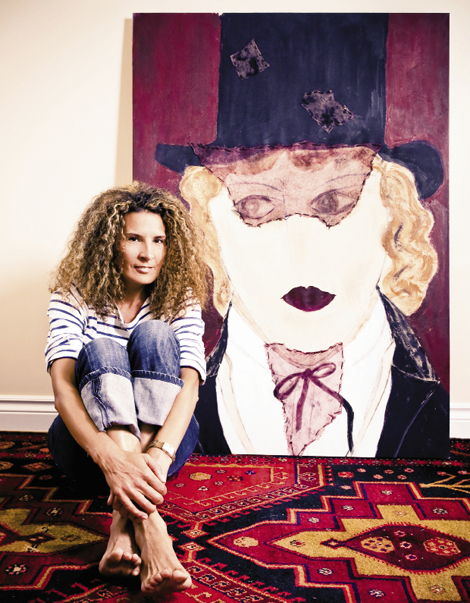 Then while on a copywriting assignment for an artist, He popped up again! There He was in Tom Madison’s The French Connection article about Asya Colie in WNC Magazine:

“In Paris, Colie worked as a showroom model for designer Karl Lagerfeld and the fashion house Escada.”

That was enough; I had to find out what was up with Karl. When I read the actual news, I discovered that He pulled a Mugatu-style Derelicte parade for women at the Chanel show for Paris Fashion Week in 2014.

How are we to take this? From a man who said, “Everything I say is a joke. I myself am a joke.”

It is easy to criticize the fashion industry for their exploitation of women and workers, but as an optimist, I believe they know that and want to do better. I trust women to use fashion as self-expression versus an endless competition, and I’m excited about a future that includes fair-trade fashionable clothing made by well-treated workers.

I do not need to have met Karl personally to know that he loves women and loves when they look and feel beautiful.

I appreciate that instead of turning the other cheek, he took this opportunity to support women by turning his catwalk into a women’s equality campaign and included He for She.

The expansion of humanity’s love and kindness to include everyone is a team effort that starts with all of us doing what we can. Not one person, nor one company or industry can do it alone.

I think Karl showed up for me to own, “I myself am a joke.” These wise words remind me not to take myself so seriously and that the world is not either/or. It is and/all-inclusive with infinite possibilities.

That means… I can love fashion and be earthy. I am a humanist: feminist and a masculinist, not adversarial to men or anyone. I am passionate about equality and can look fabulous doing it. Thanks, Karl! #teamkarl